My grandfather had a shock of white hair and a physique that testified to his love for food and celebration. He was a Baptist pastor born and bred in the Appalachian mountains not far from Hickory, NC. He had seen moonshine devastate so many families in his community that he was a strict teetotaler, but he was no ascetic. He loved vine ripe tomatoes, my grandmother’s creamed corn, plates of slow roasted barbecue, and ice cream with strawberry sauce. In fact, I can’t remember a night spent in my grandfather’s home when the evening didn’t end with a heaping bowl of ice cream. Gathering around his table wasn’t just an opportunity to eat, it was a place to laugh.

Papaw was a storyteller—he could spin a tale and nail the punchline of a joke. I remember the joviality with which he greeted everyone. His humor was expansive enough that he didn’t even mind when he was the object of laughter.

My dad tells me that one winter when he and his brother were in high school they made a bargain with my granddad that he lost. The penalty was that Papaw had to run barefoot in shorts around their house in the snow. They lived in a brick parsonage on a corner lot in a suburban neighborhood with tidy lawns and polite neighbors. But my preacher grandad didn’t hesitate. He stripped off his shoes, socks, and pants and took off down the steps into the snow, his bare legs high stepping all the way around the house to a chorus of laughter from his two sons, delighting in the hilarity of it all.

When Mirth Mixes with Faith

Some people may have the impression that mirth doesn’t mix well with faith. But the Bible doesn’t eschew laughter; in fact, there are a few places where it’s essential to the story line. When God tells Abraham and Sarah that they’re going to have a baby in their exceedingly old age, their response is identical: they both laugh.

There are different kinds of laughter. Scornful laughter grows out of a place of bitterness. It seems initially Sarah’s laughter is of this sort—she can’t believe that life can be planted in her withered womb. Her laughter comes from a place of hurt, not from a place of healing. There’s so much laughter in the world today like hers, laughter that has been sharpened by sarcasm, not softened by grace.

But God doesn’t leave her in this bitter place. The delicious comedy of the narrative swings on the name of this promised child—Isaac, which means “he laughs.” God must have been chuckling as he memorialized their laughter in the name of their son, and then proceeded to do the wonderful thing he had promised. One long year later, Sarah welcomes her son. Holding him in her arms her heart overflows with contagious joy—“God has made me laugh,” she sings, “and all who hear will laugh with me (Genesis 21).

Joyful laughter springs out of healing and wholeness. Occasionally it involves the recognition of our own ridiculousness—just imagine my grandfather leaping through snow drifts with his frozen toes, ridiculous and hilarious. This laughter accepts foolishness as an aspect of our existence that we wholeheartedly embrace. Sarah knew the promise that she would carry a baby after menopause was crazy impossible. She knew it was ridiculous to become a nursing mother when she was 90 years old. But God laughs at the impossible and then makes it become reality. In response Sarah laughs out of amazement and awe. Walter Brueggemann comments that in the moment that Sarah embraces her son, she begins “living in the arena of wonder.” Her foolish faith is flecked all through with wonder.

Roughly a year ago this week we lost a friend named Manny whose humor was disarming. He was a South Asian who grew up in Canada and married a girl from east Texas. This cultural mélange was hilarious to him, and he mined the unlikely mixture for maximum comedic effect. His brand of comedy was often self-deprecating in the most endearing of ways, because his humility wasn’t feigned. He thought everyone in the world was a little absurd, and he knew he was no exception. Switching effortlessly between Indian, Canadian and Texan accents, he could joke about hockey or football, Mystery Science Theater 3000 or Sharknado, Michael Landon’s hair or Tammy Faye’s eyelashes, without missing a beat.

Contributing to a thread of faux movie names—hashtag #MoviesOnATightBudget—he suggested:

I wonder if maybe Manny’s gift for humor was partly a product of his intuitive sense of the comedy woven into the gospel story. His own father was disinherited by his wealthy, high-caste Hindu parents after he decided to follow a carpenter from Nazareth and become a Christian. Manny knew his father had sacrificed everything for his faith. His decision must have been foolish in the eyes of many, but it was one Manny respected and emulated.

The Comedy of the Gospel

In Telling the Truth, Frederick Buechner suggests that the gospel isn’t just tragedy, it’s also comedy. I’m inclined to agree. There’s laughter all around the edges of the accounts of encounters with Jesus after the resurrection. Meeting Jesus alive on the other side of the cross was the last thing any of his disciples had been expecting. When Mary runs into him outside the empty tomb, she mistakes him for the gardener. Later when he shows up on the beach after Peter, James, and John had been out all night fishing, he lights a fire, roasts some bread and fish over the coals, and serves his friends breakfast. A resurrected savior with the smell of charcoal in his hair, and sand under his feet, and a penchant for hospitality—now that’s a little absurd, and also, unspeakably wonderful.

Comedy clings to the idea of calling Jesus the King of Kings, because he’s not at all like any king the world has ever seen. He’s the sort of king who, upon hearing his followers vying for position in his kingdom, bends down and washes their filthy feet. He does the dirty job that no one else wants to do. Anyone who’s going to follow a king like this better have a sense of humor. Christians have to be able to laugh, because turning our backs on the way of the world to walk alongside Jesus is bound to look pretty foolish most of the time.

I grew up in the church culture of the 80s when Michael Card in his houndstooth sweater was sort of like the clean-cut Bob Dylan of the Bible belt. Whenever I think of the foolishness of the gospel, his song comes to mind:

We in our foolishness thought we were wise
He played the fool and He opened our eyes
We in our weakness believed we were strong
He became helpless to show we were wrong
So we follow God’s own Fool
For only the foolish can tell
Believe the unbelievable, come be a fool as well…” 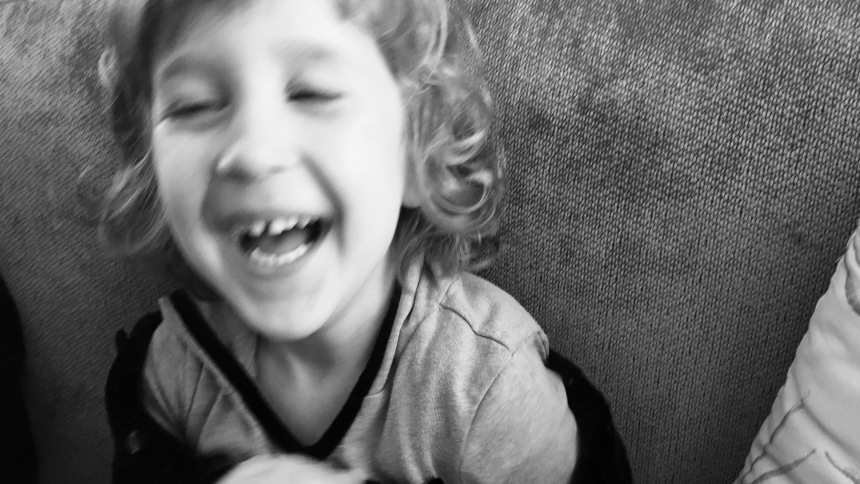 3 replies to The Arena of Wonder…and Laughter