The broad wooden planks feet warm beneath my feet as I stand leaning on the rail of the deck overlooking the valley. From my vantage point on the high ridge, I can see hundreds of miles in the distance. I watch the clouds gather and darken and roil low on the horizon. Occasionally lightning electrifies the sky—a split second flash, a jagged bright finger, and then a crack and low rumble fading into distance. Beneath the cloud cover there are patches where lengths of grey veil bind sky to earth, and I know that those are the places where pelting rain is soaking the valley.

From way up here I can predict the weather, anticipate impending danger, see where the storm is moving, not because I have any special sense of the future, but because I have a privileged view. I’m up so high that I can see what’s coming. At this elevation, I have what’s often called a birds-eye view.

I can’t help but think of Ezekiel. Because lately I’ve been reading the strange prophet with fantastic visions and an odd diet. In fact, all summer I’ve been reading back and forth between Ezekiel and Jeremiah—two prophets that I’m pretty sure had the most unenviable jobs in the world. God called them to speak words that no one in their day really wanted to hear. Worse still, he called them to deliver divine messages in ways that were bound to offend pretty much everyone who was meant to hear them. And that got them in trouble with the ruling elite. In Jeremiah’s case, it got him dropped down into a dank, muddy cistern.

But God also gave them something extraordinary. He gave them a birds-eye view, or more precisely, he gave them a heavenly view. God gave them His own perspective—a vantage-point not bound by place, or time, or cultural situation. He gave them visions that were dizzying, and nauseating, and elating—visions of impending disaster and visions laced with irrepressible hope.

I tend to gravitate to hope, but skim over warnings. Give me Jeremiah 31 and the marvelous vision of a new covenant etched on regenerated hearts, or give me Ezekiel 37 and the vision of the valley of dry bones resuscitated to new life and filled with the Spirit of the Lord. These are thrilling, invigorating passages that I find myself reading and rereading—they’re my home-base, so to speak, in the prophetic tradition. But I’ll pass on Jeremiah 25 and the cup of the Lord’s wrath, or on Ezekiel 15 and the fruitless, useless vine that is cut off and thrown into the fire. I tend to race past these troubling passages.

Prophets aren’t exactly preachers. The prophet, says Walter Brueggemann, “does not scold or reprimand. The prophet brings to public expression the dread of endings, the collapse of our self-madeness, the barriers and pecking orders that secure us at each other’s expense, and the fearful practice of eating off the table of a hungry brother or sister.”

“The proper idiom for the prophet,” he continues,” is the language of grief, the rhetoric that engages the community in mourning for a funeral they do not want to admit. It is indeed their own funeral.”

Maybe this is a moment in our culture when we need the prophets to help lead us into grief, to give us a sense of the cost of following our own hearts and whims, to lament the sickness in our own souls. We need more grief than anger. 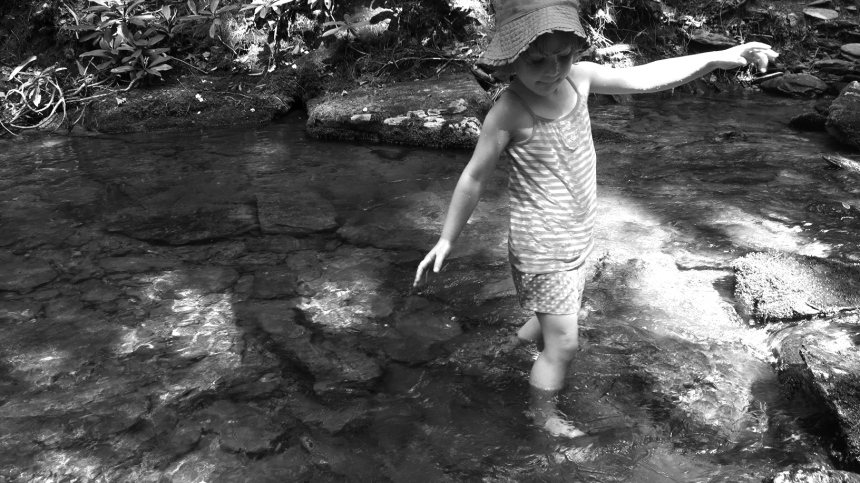 The prophet’s job was excruciating not just because he had to say hard things, but also because, in the case of Ezekiel and Jeremiah, they were both called to act out—to live—God’s critique, sometimes in physically and emotionally demanding ways. If they were alive today there’s no chance these guys would be welcome in most of our churches where we’re so polite, polished, and put together. Within our churches, says Wayne Roosa, “decorum overrides the Bible’s unnerving social transgressions and would never tolerate such prophetic performances, even under the auspices of holy preaching and call.”

Just imagine the scene described in Ezekiel 4 come to life in a church near you: God asks Ezekiel to prepare a stage prefiguring the siege of Jerusalem. Then he directs the prophet to lie on his side for 390 days (more than a year!) and during that long period he’s to bake his bread—a concoction of various whole grains and beans—over a fire made of human dung. This unsavory baking method is intended to symbolize Israel’s uncleanness, but even Ezekiel is scandalized by this bitter call and protests, “Ah, LORD God! Behold, I’ve never defiled myself.” So, God relents and allows him to cook over cow dung. Not a much tastier option in my book, but the prophet obeys. This is prophecy as performance art.

Jeremiah has a similarly sordid charge: He’s asked to take his linen loin cloth—basically the ancient equivalent of underwear—and hide it in a cleft of a rock near the Euphrates river until it’s filthy from exposure to the elements. The loin cloth represents those in Judah and Jerusalem “who have stubbornly followed their own heart and gone after other gods”—they are like a soiled loin cloth good for nothing” (Jeremiah 13).

The prophets speak most clearly when they tap into our longing for what should be, but is not. We should be faithful to the Lord, but we’re not. We should be creating a just society, but we’re not. We need to hear prophetic voices like Ezekiel and Jeremiah so much today, but we may be hesitant to open these pages and sit with these hard words because we’re afraid these guys and their bizarre performances may be speaking to us.

What if Ezekiel is glancing in my direction? What if his critique hits home? What if I read Jeremiah and realize I’m the one trying to drink a trickle of stale water out of broken cisterns while standing beside streams of living water? What if I’m the one who’s comfortable, well dress, and well fed, and totally unaware and indifferent to the needs of others in my community?

I know that interpretation of prophecy is particularly tricky. Many prophetic messages were for a particular audience, at a particular time. Many have already come to fruition. But in peering back at the conditions and behaviors that provoked God’s fury, there’s a lot to learn about the character of people who walk with the Lord, or away from him.

Prophetic voices almost always emerge at the fringes of polite society. They rankle us, make us feel uncomfortable, and often offend with their serrated words and symbolic gestures. But it is precisely at the point we feel tempted to tune out that we should listen most closely. Because before our wounds can be healed they have to be cleansed—and if you ask my kids, they’ll tell you that the antiseptic always stings.

I can’t lean into the hope and newness promised by the prophets until I’m willing to feel the sting of their critique. God grants the prophets a view of the impending storm. But on the other side of those dark clouds is hope and a promise. Because from the Lord’s vantage point, restoration follows repentance, return follows exile, healing rises on the other side of destruction. God lifts Ezekiel up and shows him a vision of a stream of living water flowing from a new temple that turns into a rushing river, “and wherever the river goes everything will live.”

1 reply to A View from Way Up High: Summer with Ezekiel & Jeremiah